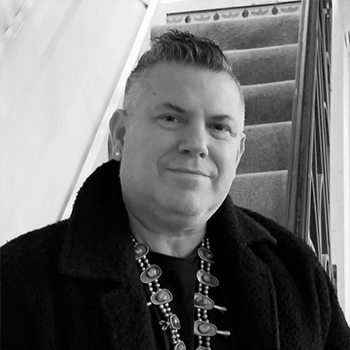 Jose Gutierrez
Jose Gutierrez is a local and national long time human rights and social justice activist, immigration advocate, Latinx LGBTQ historian, artist, writer and a poet. He is the founder of the Latino GLBT History Project, the DC Latino Pride and co-founder of the Rainbow History Project. In 1996 Jose received a recognition by the National Latina/o Lesbian, Gay, Bisexual and Transgender Organization LLEGO for his contributions with the Latinx LGBTQ. As the first International Leatherboy in 2002 he raised awareness and funds for the leather community. In 2010 Jose served on the Washington, DC Mayor’s LGBTQ Advisory Committee. In 2014 he received the Jose Sarria medal of honor by Nicole Murray-Ramirez, The Queen Mother of the Americas from the Imperial Court for his contributions to the LGBTQ and in 2015 contributed to the book Queer Brown Voices, with an interview/essay entitled “We must preserve our Latino LGBTQ history”. Jose holds a bachelor’s degree in Psychology from the University Ana G. Mendez. Jose is serving in the board of directors of GLAA, Capital Pride, the Latino GLBT History Project, Center Latinx and the OutWrite of DC Center. Currently he is writing a book about the history of the Washington, DC Latinx LGBTQ.
Contact us
Mailing Address
P.O. Box 75265, Washington, DC 20013
Drop a Line
equal@glaa.org
Bookmark Us
GLAA.org