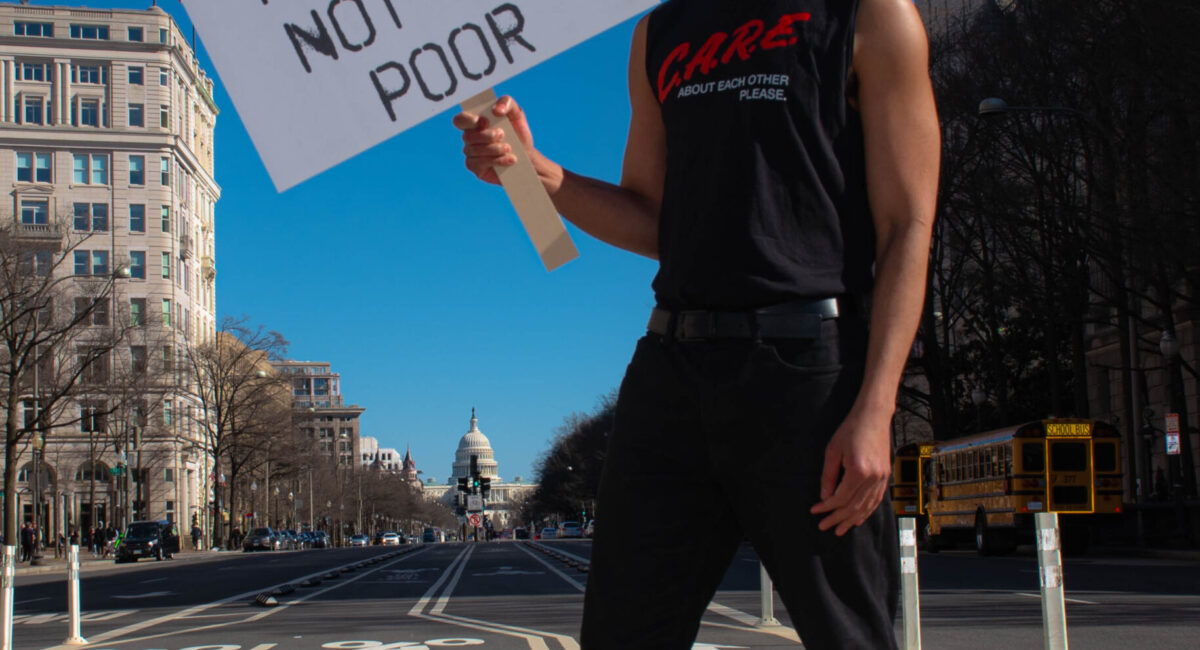 Tyrone Hanley
Tyrone Hanley (he/him), the newly re-elected GLAA President, is an organizer and longtime DC resident who started in LGBTQ+ advocacy at the University of Richmond in Virginia. He moved to DC to serve in AmeriCorps as a Washington AIDS Partnership program participant at HIPS. His experience growing up poor in a multiracial Section 8 housing community outside of Chicago shapes his politics and insistence on a cross-racial political movement to uplift the poor and all people. He believes the ultimate source of transformative social change is by shifting hearts and minds through the power of culture and meeting people where they are. Since he clearly can’t get enough of being queer, he is also “gay for pay” at the National Center for Lesbian Rights where he is the director of racial and economic justice initiatives. When he is not organizing, he loves asking people about their Myers Briggs Type (he is ENFP, for the record), doing gay crimes (the basics like drugs and public sex), having Spicy Vanilla™️ sex, dancing to hot beats on the dance floor, practicing vulnerability, plotting revolution against capitalism and other forms of oppression, watching music videos and YouTube videos about mental health and spirituality, being on that polyamorous shit, finding the beauty in others, and sharing the gospel of love.
Contact us
Mailing Address
P.O. Box 75265, Washington, DC 20013
Drop a Line
equal@glaa.org
Bookmark Us
GLAA.org