In the above video from the House floor, once Wolf Blitzer shuts up, you can hear Democrats taunt Republicans with a portion of the 1960s Steam song, “Na na na na, hey hey hey, goodbye.” Paul Waldman of The Plum Line writes at The Washington Post:

I won’t mince words. The health-care bill that the House of Representatives passed this afternoon, in an incredibly narrow 217-to-213 vote, is not just wrong, or misguided, or problematic or foolish. It is an abomination. If there has been a piece of legislation in our lifetimes that boiled over with as much malice and indifference to human suffering, I can’t recall what it might have been. And every member of the House who voted for it must be held accountable.

Waldman lists a baker’s dozen of things the bill does. As my friend Walter Dellinger tweeted:

Paul Waldman on the moral abomination of the Health bill should be handed out at every town meeting in the USA.

The modern Republican Party is like a cross between Gomer Pyle and Hannibal Lecter. 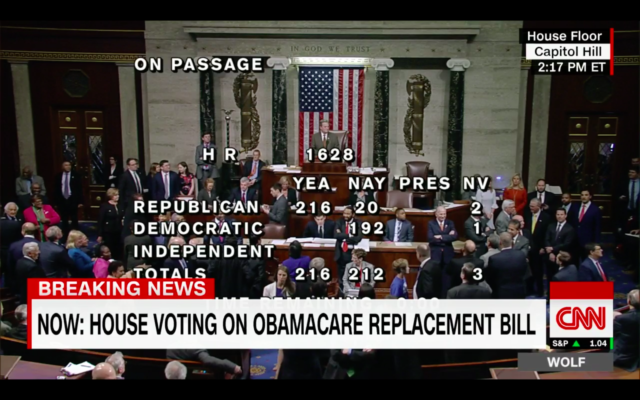