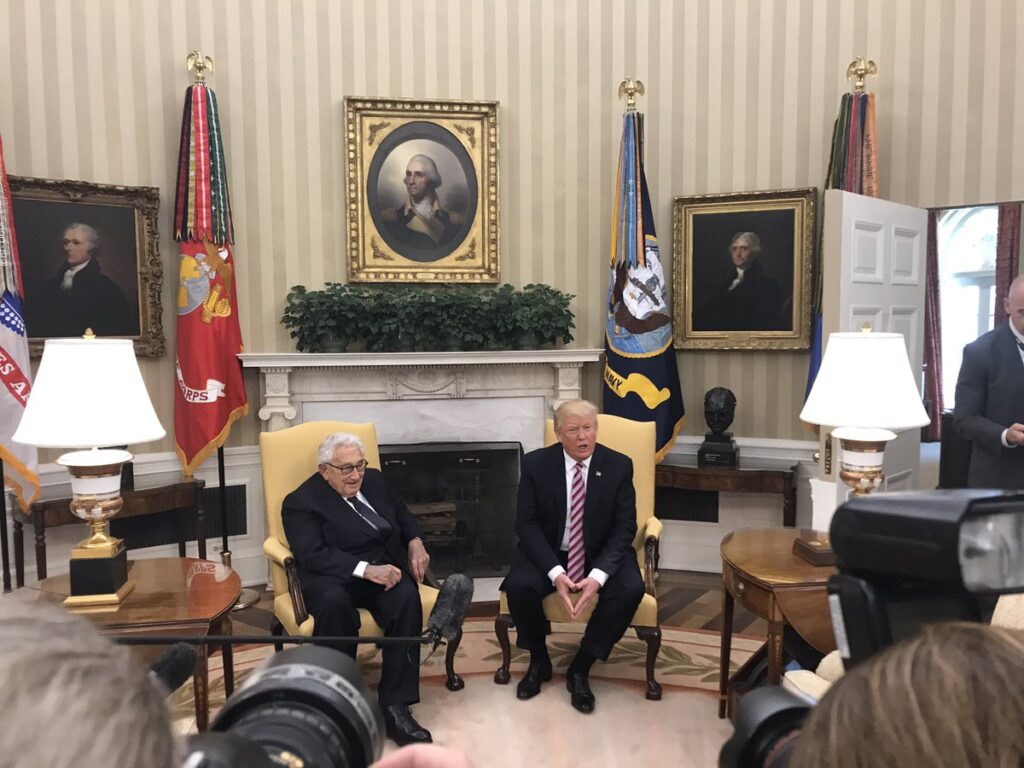 The leftists who were so upset with Hillary Clinton for being friendly with former Secretary of State Henry Kissinger must be comforted to see him visiting Mr. Trump in the Oval Office, where an embattled President Nixon 43 years ago invited him to join in a prayer. Personally, I didn’t care whom Sec. Clinton met. About 25 years ago I met the minister of health for the Nation of Islam, whom I considered a scoundrel, but we were polite toward each other. I have been similarly polite to right wing ministers like Rev. Lou Sheldon and Bishop Harry Jackson. They were my adversaries, but I reciprocated their courtesy.

I am fascinated by evil, actually. Once I had breakfast with a right-wing priest I had known since the late 1970s, who was a self-hating homosexual. I was interested in his horribleness and had no trouble digesting my meal. Call me strange, but I note that when I have faced off against such people in the D.C. Council chamber, my side has invariably won. Kissinger wielded a great deal of power when I was a teenager; he would be a fascinating person to listen to over lunch. I wouldn’t want to pick up the check if he were a wine snob who insisted on expensive vintages, but I could spring for a companionable, moderately priced pinot.

My friend Bob, who is one of the finest activists in town, is appalled by my attitude on this sort of thing. Kissinger is widely viewed as a monster. Well, I find monsters interesting. Are you afraid it’s catching? I admit that I think Harry Jackson is hot; he has that charismatic preacher vibe. He would be popular in P-Town during Bear Week. But of course he is married to a woman and would never do such a thing. Granted, he appears loony when he speaks in tongues, but I’ve only seen that on video. Wouldn’t it be cool to be eating with Kissinger and his head suddenly opened up and one of the aliens from Men In Black crawled out?