AU on Transgender Day Of Visibility 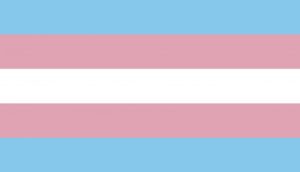 Rokia Hassanein of Americans United for Separation of Church and State writes in the Wall of Separation blog:

Trans Student Educational Resources, the group that promotes Transgender Day of Visibility, explains that the day “aims to bring attention to the accomplishments of transgender people around the globe while fighting cissexism and transphobia by spreading knowledge of the transgender community. Unlike Transgender Day of Remembrance, this is not a day for mourning: this is a day of empowerment and getting the recognition we deserve.”

That’s why AU is proud to stand alongside Gavin Grimm, a 17-year-old, transgender high-school senior fighting for the right to use the school restroom that aligns with his gender identity. AU filed a friend-of-the-court brief in the U.S. Supreme Court arguing that religiously motivated discrimination is unconstitutional and hurts transgender students.

Grimm and other transgender students deserve recognition for their bravery to be who they are and to continue fighting for their rights. Basic civil rights such as being able to use a public restroom cannot be governed by some community members’ religious beliefs.

Americans United is a longtime ally of GLAA. We will be pleased to present AU Executive Director Barry W. Lynn with a Distinguished Service Award at GLAA’s 46th anniversary reception on April 20.