The next face of poverty could be yours 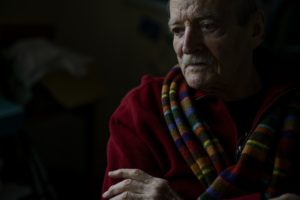 For this month’s Color of Money Book Club selection, I’ve chosen an essay that explains how, under different circumstances and choices, the face of poverty could be your face. “Falling,” written by novelist and former Washington Post journalist William McPherson, was printed in 2014 in The Hedgehog Review and can be found on the journal’s website, at http://ow.ly/aGMH30apvCM.

McPherson, who died last week at 84, was an American success story. After dropping out of college and serving as a Merchant Marine, he eventually got a job at The Post writing literary criticism, for which he was later awarded the Pulitzer Prize. His two novels also earned him wide acclaim.

But McPherson’s life is literally the tale of rich man, poor man. As the essay details, his professional accomplishments were followed by a descent into poverty that was just as profound….

“Poverty, my mother used to say, is a state of mind,” McPherson wrote. “She never stood in line to apply for welfare, or Medicaid, or food stamps. Then she would have learned, as I did, that it may be a state of mind — and to some degree I believe it is — but it is also a harsh daily reality for millions of her fellow citizens of this country and on this planet. And now for her son.”

To make do, he needed subsidies to pay his rent and medical insurance payments.

McPherson, a man of privilege, met poverty. And he found himself an insider in a world that outsiders often misunderstand. His essay should be mandatory reading for anyone who questions how people end up in poverty. It really could happen to anyone.

I met Bill McPherson in 1983 at a local watering hole, and quickly found him to be an engaging conversationalist. He was a graceful and sharp-eyed writer, whether in literary criticism or fiction or reporting on civil unrest in Eastern Europe. Michelle Singletary’s article reminds me of Bill’s charm and lively intelligence, and of my own decision as a young man to go into the civil service to avoid poverty. Universal healthcare and a decent social safety net could enable people to pursue valuable but unprofitable callings without impoverishing them. I encourage you to look up Bill’s writing; his Pulitzer Prize was well-earned. May he rest in peace.