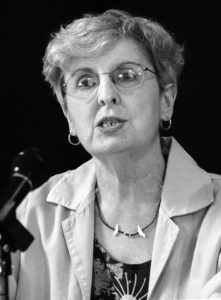 Sharon Ambrose, who served on the D.C. Council for 10 years, died Saturday night at George Washington University Hospital. She was 77 and lived in the District.

Her daughter Ellen said she had had several illnesses.

Mrs. Ambrose was elected to the council from Ward 6 in 1997, and re-elected twice to four-year terms. She headed the council committee on economic development.

GLAA went back decades with Sharon, who was one of our go-to Council staffers before she won election to the Council representing Ward 6. She was a friend, ally, and honest-dealing public servant who was as smart and tough as they come. She always came prepared, and could be withering at an oversight hearing without raising her voice, just by asking probing questions in a no-nonsense tone. She was always true to her word, including when the going got tough, and left her community better than she found it. May she rest in peace and honor.