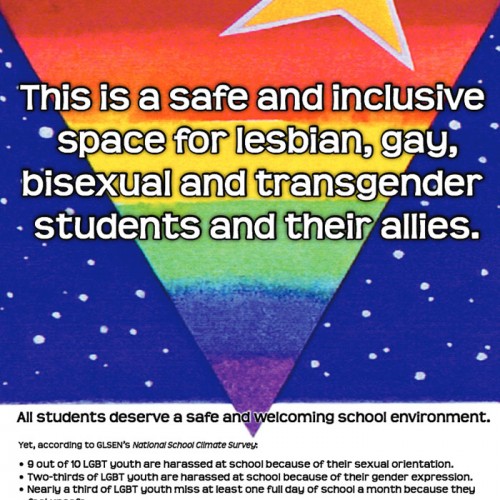 Below is something I drafted for a group of high school students visiting from the Bronx whom I am meeting this afternoon to talk about GLAA’s work. I also developed an outline that lays out all the things we had to do to win and preserve marriage equality, which I use as a case study. But in addition to that listing of methods, I wanted to convey the values and the context that guide our work – the big picture.

1. You are the authority on yourself and your love.

2. Do not let others define you, whether they are clergy, psychiatrists, or lawmakers. The arguments by our opponents, from sixty years ago until today, all boil down to denying that we legitimately exist. They deflect our call for equality by saying we are sinful, sick, and criminal. It is like the way President Trump and Attorney General Sessions talk about Mexicans. The American Psychiatric Association removed homosexuality as a disorder from the Diagnostics and Statistical Manual in 1973, and did the same for transgender identity in 2012; yet quacks are still pushing conversion therapy, bigoted ministers still blame hate crime victims, and families who have swallowed the hate and falsehoods deny our nature and our identity even in death. Before our victory on marriage equality, they could also deny the inheritance rights of our spouses.

3. You are reaping fruits of a multi-generational struggle. The great model for this is the long struggle by African Americans against the theft of their wealth, their land, and their culture. Black families had their wealth systematically stolen by bank redlining and discriminatory mortgages. Black people who were thriving after the Civil War across the South were kicked off their land by companies like Weyerhaeuser and Georgia Pacific which simply stole it from them. The National Museum of African American History and Culture, nicknamed the Blacksonian, documents the centuries-long struggle by black people against their own erasure. Display case after display case is filled with artifacts attesting to that struggle. Success in that struggle required passing down not just artifacts, but values and traditions. LGBTQ culture has ancient roots. The modern LGBTQ rights movement began before Stonewall. Historic persecution included Executive Order 10450 issued by President Eisenhower in 1953 barring homosexuals from federal employment as security risks. We have struggled against erasure driven by prejudice.

4. Faith, flag, and family include us too. Anti-gay and anti-trans ministers and politicians, along with racist politicians like Attorney General Jeff Sessions, still try to use the government to impose their faith dictates and their imagined cultural superiority on their fellow citizens to maintain racial, religious, and sexual supremacy over our bodies, our lives, and our opportunities. We live in a republic where no one group is entitled to supremacy over others.

5. Civic engagement, persistence, cooperation, and incremental efforts are key to our success. The March for Science last weekend is an example of civic engagement. Sodomy law repeal, adoption rights, government funding to fight HIV and AIDS, and marriage equality were separate fights. In each case, goals were needed as well as strategies for achieving them. Now we face anti-LGBTQ measures disguised as “bathroom bills” and “religious freedom” legislation. We are fighting in many jurisdictions for the right to grow our families by means of surrogacy parenting agreements. Homophobia and transphobia are still based on sexism. The struggle against misogyny came before our struggle, as did the black civil rights struggle. Our struggles are intertwined.

6. Intersectionality means that we live in a diverse society and the fights for justice by different communities are connected. I have spent my entire activist career as a white gay man in a predominately black city. The black community here is highly religious. The District’s first generation of elected leaders after the establishment of Home Rule in the 1970s mostly came from the civil rights movement, which was organized out of churches. For gay rights activists to succeed in this environment required us to work intersectionally before that word was invented. I am the immediate past president of the Gay and Lesbian Activists Alliance, which last Thursday celebrated its 46th anniversary with a reception that was attended by our mayor and the chair of the D.C. Council. One of the intersectional issues that we and they agree on is that D.C. is a sanctuary city. LGBTQ refugees and asylum seekers face grave danger if they are deported back to the oppressive countries from which they fled. So that is our issue, as it is for D.C. Mayor Muriel Bowser and New York Mayor Bill de Blasio.

7. Keep your eyes on the prize. It’s not all about you. The cause is greater than personality clashes or intergroup rivalries.

“It is time to open the closet door and let in the fresh air and the sunshine. It is time to doff and discard the secrecy, the disguise and the camouflage. It is time to hold up your heads and to look the world squarely in the eye as the homosexuals that you are, confident of your equality, confident in the knowledge that as objects of prejudice and victims of discrimination, you are right and they are wrong, and confident of the rightness of what you are and the goodness of what you do. It is time to live your homosexuality fully, joyously, openly and proudly, assured that morally, socially, physically, psychologically, emotionally, and in every other way – gay is good.”
– Franklin E. Kameny, gay rights pioneer and GLAA co-founder, 1969