A 2012 flash mob performance of Ode an die Freude from Beethoven’s Symphony No. 9 is a perfect expression of the European idea that remains vital this morning. It was set to a 1785 text of Friedrich Schiller’s by Beethoven, who wrote glorious music that he could not hear. The flash mob performance was done as a commercial for the bank in front of which it was performed, Banco Sabadell, in the Plaça de Sant Roc in Sabadell, Spain. 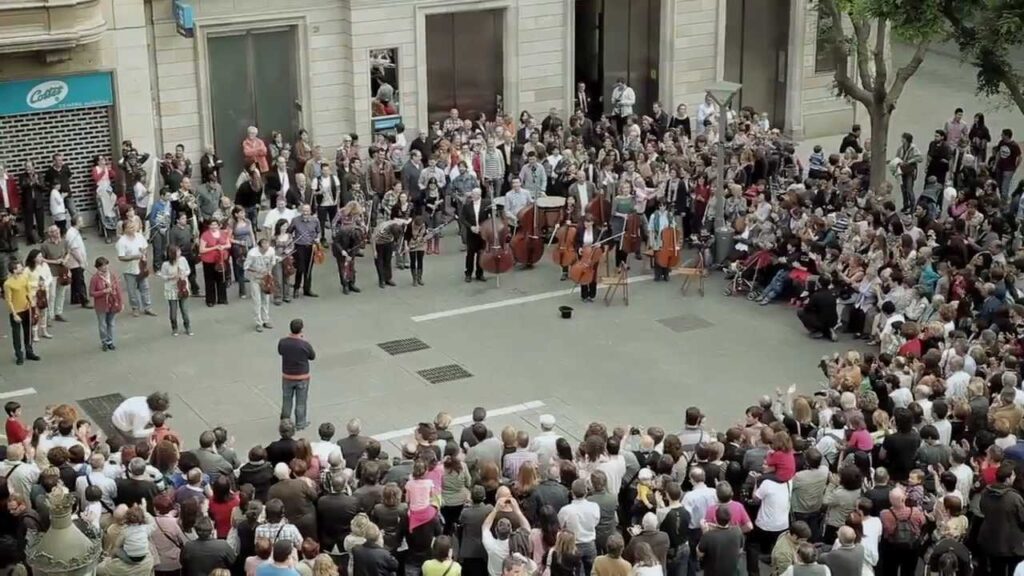