A fake Assad, and the itch to be an imposter 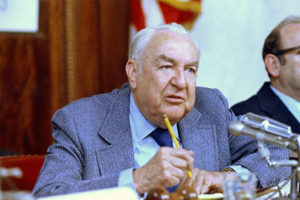 I have just been followed on Twitter by someone purporting to be the president of Syria. This reminds me of the time when someone claiming to be AG Eric Holder friended me on FB. I didn’t believe that the real attorney general would have time to chat up strangers on social media. Then he asked me why I was gay. I was quite certain our Democratic AG would not ask that question. This fake Assad denies gassing children. I can believe that the imposter didn’t launch a sarin gas attack. And this fantasy weaving is less annoying than real people falsely taking credit for LGBT rights breakthroughs to pad their résumés.

So if you were going to pose as a famous person, who would it be? I would do Maggie Thatcher, or the old British character actor John Williams who played the inspector in “Dial M for Murder,” or Barbara Bel Geddes in the Hitchcock episode where she murders her husband with a leg of lamb and then feeds it to the homicide detectives, or Sen. Sam Irvin saying “Ahm just an old country lawyah.” But they are all dead, so who would believe me?