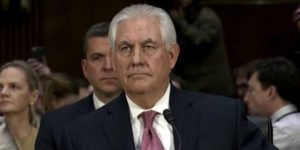 “We are increasingly concerned about the situation in the Republic of Chechnya, where there have been numerous credible reports indicating the detention of at least 100 men on the basis of their sexual orientation. Some reports indicate many of those arrested have been tortured, in some cases leading to death. We categorically condemn the persecution of individuals based on their sexual orientation or any other basis.

“We are deeply disturbed by recent public statements by Chechen authorities that condone and incite violence against LGBTI persons. We urge Russian federal authorities to speak out against such practices, take steps to ensure the release of anyone wrongfully detained, conduct an independent and credible investigation into these, reports and hold any perpetrators responsible.”