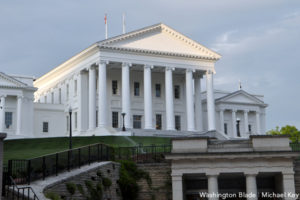 The Virginia Senate on Wednesday failed to override Gov. Terry McAuliffe’s veto of a religious freedom bill that critics contend would have allowed discrimination against same-sex couples.

Senate Bill 1324, which state Sen. Charles Carrico (R-Galax) introduced, would not have required any person or religious institution to “participate in the solemnization of any marriage” that conflicts “with a sincerely held religious belief or moral conviction that marriage is or should be recognized as the union of one man and one woman.” The measure would have also prohibited state officials from punishing people and organizations that refuse to take part in a gay or lesbian wedding because of their religious beliefs.