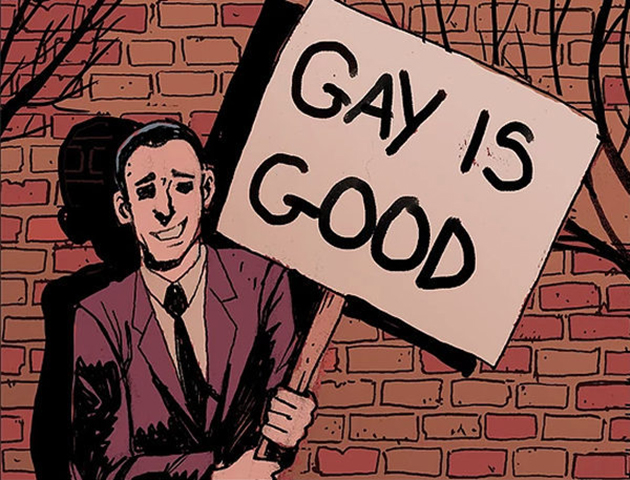 Frank Kameny was a Harvard-trained astronomer and a World War II combat veteran. His career ended in 1957 when he was fired by the Army Map Service for being gay. He responded like none before–he fought back.

In his 60-page Supreme Court petition in 1961, he called the government’s anti-gay persecution “a stench in the nostrils of decent people, an offense against morality, an abandonment of reason, an affront to human dignity, an improper restraint upon proper freedom and liberty, a disgrace to any civilized society, and a violation of all that this nation stands for.”

Frank fought with the rigor of a scientist and the rhetorical skill of a self-trained lawyer and natural debater. He rooted his advocacy in America’s founding principles. He was indignant that the country he defended in war had declared war on him. He pressed his fight in the early years without institutional backing. He brought to the fight his intellect, his patriotism, and a steel resolve. You might call them his super powers. The 1965 protests he led outside the White House were a first, as with so much he did. I brought one of his picket signs from that year to show you. He charted the path and the arguments for all of us who followed. On every issue I mentioned, he lived to see victory. He died in 2011.

For decades, beginning in 1980, he held a Memorial Day wreath-laying at the Tomb of the Unknowns in Arlington National Cemetery for all who died in service to our country, including gay men and lesbians. He had to fight for the right to do this. I took part in the ceremony with him several times, and it was deeply moving to stand in solemn tribute as hundreds of people looked on in respectful silence.

The Mattachine Society of Washington, which Frank founded in 1961, was re-launched after his death by Charles Francis and me with a new mission of archive activism–identifying, conserving and interpreting the LGBT historical record. We are proud of the use of comics to tell Frank’s story. We enjoyed reviewing “Gay Is Good,” named after the slogan Frank coined in 1968, as it was being scripted and illustrated for Redistricted Comics by Bizhan Khodabandeh and James Moffitt. We are taking history to people where they are, and filling gaps that are left by mainstream historians even today.

For more on LGBT history, you can go to:
mattachinesocietywashingtondc.org/
or
glaa.org